Sustainable Contra Costa invites you to the following events! 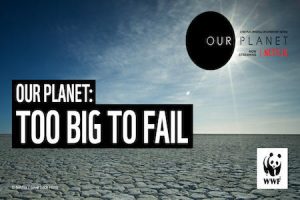 Green Sofa Cinema – “Our Planet: Too Big to Fail”
Apr 20, 2022 from 7:00pm to 10:00pm
For Earth Month Green Sofa Cinema Series brings you “Our Planet: Too Big to Fail,” an eye-opening new film by World Wildlife Fund that explores the link between the financial system and the health of our planet. This 40-minute film illuminates how the strength and stability of our economy, and indeed human civilization, is underpinned by the resources and services that Nature provides. Calling for urgent, systemic change across the financial sector, the film presents the choice that financial institutions need to make – continue their reckless, shortsighted funding practices or invest the more than $300 Trillion dollars in the global capital markets towards the transformative solutions needed to avert the climate and biodiversity crises. Watch “Our Planet: Too Big to Fail” at your leisure, or better yet host a watch party! Then join us for a Zoom event on Wednesday April 20 to discuss the film and hear from our inspirational speaker, Jim Thompson. REGISTER HERE for the discussion. 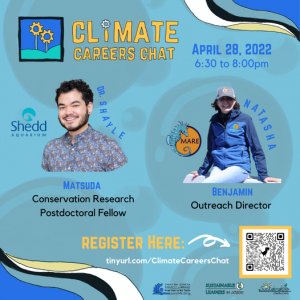 Climate Careers Chat – Marine Science
Apr 28, 2022 from 6:30pm to 8:00pm
The Climate Careers Chats are interactive, quarterly events that feature a broad and diverse range of speakers from the California Bay Area and beyond. This event will feature two panelists from the marine science field, Shayle Matsuda from Shedd Aquarium and Natasha Benjamin from the Marine Research and Exploration Group, who will share their education, career history, and advice with the audience.
The Climate Careers Chats are produced by Sustainable Leaders In Action, Sustainable Contra Costa’s youth-led team, and are co-hosted by the Contra Costa County Library.
REGISTER HERE

Friday, April 22, 2022 10am – 2pm
Volunteer at Family Harvest Farm, John Muir Land Trust’s thriving urban organic farm located in Pittsburg, California where youth and adults participate in a local regenerative food system. Work alongside farm staff and other volunteers pulling weeds, mulching, and other farm activities. The day will start off with a tour and orientation followed by getting your hands dirty. Lunch is from 12:30-1:00pm and the day wraps up at 2pm.
Sign up here for April 22. 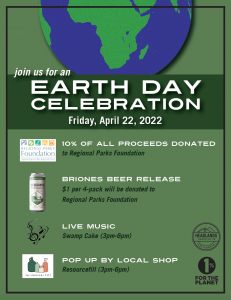 We are so excited to announce Headlands has joined 1% For The Planet and has committed to donating at least 1% of all sales to non-profit organizations focused on the environment.

To celebrate they will be hosting an Earth Day event on Friday, 4/22 starting at 12pm! There will be live music (3-6pm), a pop up shop by Resourcefill (3-6pm), smash burgers on the outdoor grill (all day), and we will be releasing a very special trailblazer series beer alongside East Bay Regional Parks called Briones.

In addition to the 1%, we will be donating 10% of all sales for the day to East Bay Regional Parks as well as $1 per 4-pack of Briones cans sold.

It’s going to be a lot of fun. Come hang out with us and help support our parks!

Lafayette’s Environmental Task Force presents: Building Electrification Webinar. Learn how new and existing buildings can help solve the climate crisis. Learn how you can get involved too! 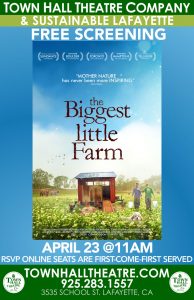 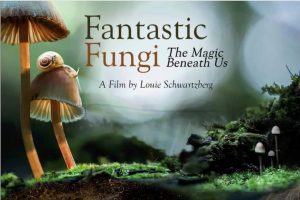 Saturday, April 23 at 7 pm, Our Saviors Lutheran Church, 1035 Carol Lane, Lafayette. The viewing is FREE and will be followed by discussion led by LCG and OLC mycologist Charlie Newton. 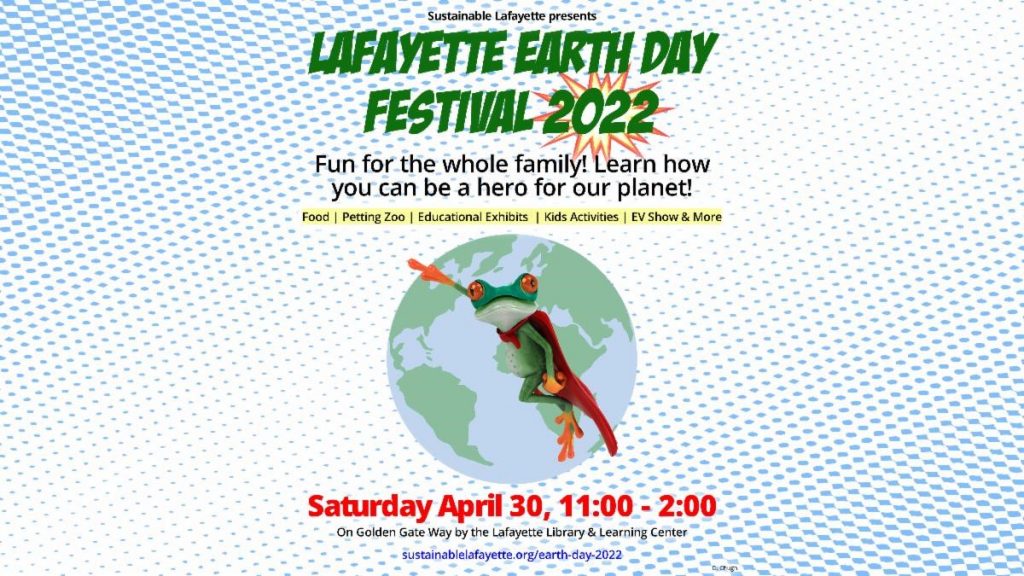 Sustainable Lafayette invites the public to Lafayette’s 15th annual Earth Day Festival to be inspired and informed! Here are some of the vendors who will be there:

• Lafayette businesses including First Mile Cycle Works and ResourceFill;
• Local projects including the Safe Route to Acalanes bicycle-pedestrian path, the Lafayette Community Garden and Moraga for Monarchs;
• Community resources and utilities such as Wheel Kids bike safety program (free bike safety checks!), MCE, Republic Services, 511 Contra Costa and San Francisco BayKeeper;
• Youth programs such as Lamorinda 4-H (with its petting zoo!) and Sustainable Lafayette’s LEAF Award winners, including Kylie Choi with her produce bags and the students who created the Campolindo goat enclosure.
• Get your house on 100% renewable energy with MCE’s Deep Green. The Project Earth student group from Stanley Middle School will show you how.

For your hard to dispose of Spring cleaning items:
• Bring your old, used sneakers! The Acalanes AP Environmental Science students be collecting them for upcycling! And we’ll be collecting small e-waste items like phones, chargers, battery packs, cables/cords, computer components/accessories and hard drives.

The Lafayette Buy Nothing Project will be collecting:
• Brita (only) pitchers, dispensers, bottles, faucet systems, all filters, and filter packaging
• Oral care products, including toothbrushes, floss containers, toothpaste tubes, mouth wash containers. Any brand but must be empty.
• Plastic smoothie pouches and caps (such as GoGo Squeez). Any brand, rinsed and dry.
• Personal cosmetics products packaging for hair care, skin care, lip care, deodorants, etc. Any brand but must be empty.

If you get hungry, try The Fourth Bore’s food truck, The Forge Wood-Fired Pizza Truck, complete with pizza, grilled items and beer on tap!

Thanks as always to our sponsor, MCE community choice energy, and our partners, the Lafayette Chamber of Commerce and the Lafayette Library and Learning Center. 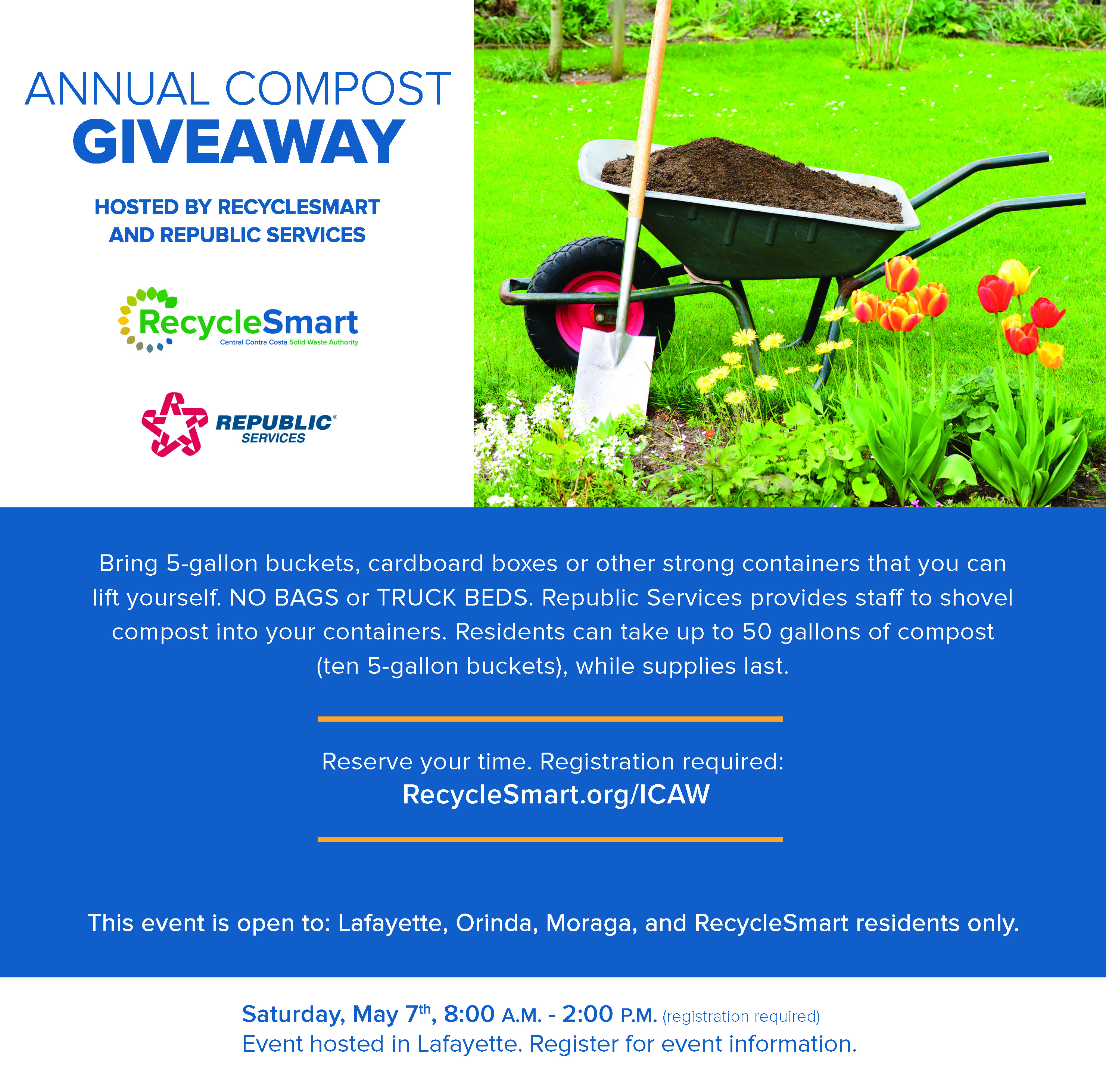 In 2023, the City of Lafayette will be exploring and celebrating our local history.   We are working in partnership with Lafayette Historical Society (LHS), to increase awareness and appreciation of our history including recognition and understanding of the...

END_OF_DOCUMENT_TOKEN_TO_BE_REPLACED

Call for Nominations: Lafayette Citizen(s) of the Year

Now taking nominations for the 2023 Lafayette Citizen(s) of the Year! Deadline to submit nominations is Friday, February 10, 2023 at noon.  Criteria for Lafayette's Citizen of the Year are as follows: Must NOT be a current elected or paid member of any City Council or...

END_OF_DOCUMENT_TOKEN_TO_BE_REPLACED

2023 Business Person of the Year: Tom Stack + State of the City Address

END_OF_DOCUMENT_TOKEN_TO_BE_REPLACED

Lafayette Chamber presents “Getting your Business 2023 Ready” Speaker Series hosted by Pillar Cowork.   The Speaker Series will take place scheduled Tuesdays throughout the year from 12pm-1pm. In person and online options available for series with the exception of...

END_OF_DOCUMENT_TOKEN_TO_BE_REPLACED

Speaker Series 1: Getting your Business 2023 Ready