Now taking nominations for the 2023 Lafayette Citizen(s) of the Year!

Deadline to submit nominations is Friday, February 10, 2023 at noon.

Criteria for Lafayette’s Citizen of the Year are as follows:

Submit your nomination for Citizen(s) of the Year by completing this form.

Nomination Form - Citizen of the Year 2023 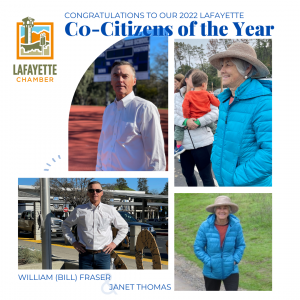 The 2022 Lafayette Citizen of the Year announced in mid-February has been awarded to not one, but two exceptional residents: longtime science teacher and crusader for environmental sustainability Janet Thomas, and Bill Fraser, whose astute guidance and deep humanity as an athletic coach and Scouts leader has influenced generations of young people in the community.

PLEASE NOTE: tickets for the dinner are now sold out.

Introducing our 2022 Lafayette Co-Citizens of the Year!

The Lafayette Chamber of Commerce and Lamorinda Weekly are proud to announce that the 2022 selection for the Lafayette Citizen(s) of the Year are TWO Lafayette residents: William (Bill) Fraser and Janet Thomas. We will hold a joint dinner honoring both of them on Friday, March 25, 2022 at the Lafayette Park Hotel & Spa. For years they have both participated as volunteers and leaders in numerous local causes and activities.

The COY award is presented in recognition of someone who has unselfishly contributed to Lafayette’s quality of life.  Sometimes we honor a resident who had an exceptional year.  Other times we are focused on a lifetime of giving to our community.  With 8 amazing people nominated, it came down to two individuals who have contributed to the selfless service to others.  One a Coach and the other a teacher.

Bill Fraser grew up here in Lafayette.  He graduated from Acalanes in 1975.  He is described as a Champion of coaching.  It doesn’t matter if its Football, Lacrosse, Boy Scouts or Little League, Bill gives from the heart.  He does it for the greater good for young men and women in our community.  He builds self esteem and confidence and helps to prepare them for life.  He creates community on and off the field.  Bill plays an essential role by setting an example, being there to LISTEN offering direction, encouragement, and exposure to alternative paths to success.

Janet Thomas has lived in Lafayette for more than 30 years. Janet had a long career at Campolindo and Acalanes as an Environmental Science and Chemistry teacher.  Janet too had a special relationship with her students.  It is hard to count the number of students Janet inspired to go on to pursue degrees and jobs studying Environmental Science.  And then, when she retired, she got her second wind and has not stopped.  She led the effort to create the Lafayette Community Garden & Learning Center.  She helped get Lafayette a Farmer’s Market and was a founding member of Sustainable Lafayette. She helped create the City’s Environmental Task Force.  Janet has been very active with the League of Women Voters of Diablo Valley and the Mt. Diablo Peace and Justice Center.  Currently she is chairing the Diversity, Equity, Inclusion and Belonging Committee helping guide our city through conversations that will lead to a healthy, safer Lafayette.

Now you know why it was so hard to pick just one 2022 Lafayette Citizen of the Year. 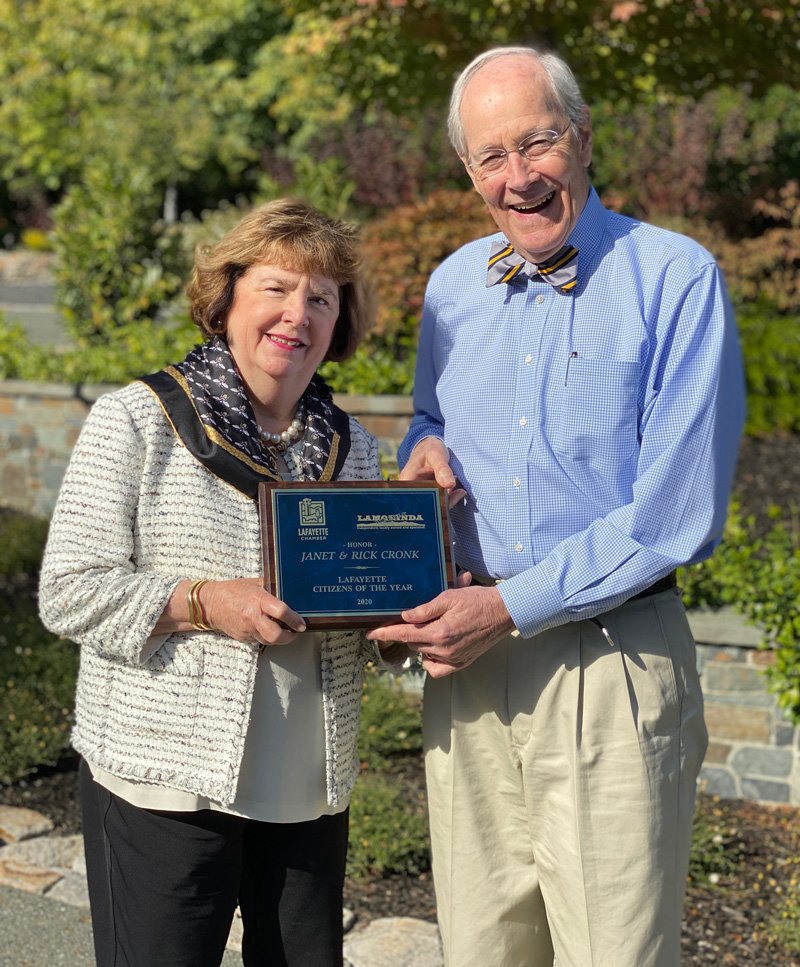 Honoring Our 2020 Citizens of the Year – Janet and Rick Cronk

In February the Lafayette Chamber’s Citizen of the Year Committee unanimously chose Janet and Rick Cronk as Lafayette’s 2020 Citizens of the Year.

Unfortunately, the celebration dinner to honor them in March was postponed and then regrettably canceled because of Covid-19 and the current Contra Costa County Health Shelter in Place restrictions.

The Lafayette Chamber of Commerce continues to honor Janet and Rick Cronk as our Citizens of the Year. We are most appreciative of their philanthropy and community minded efforts through the years. 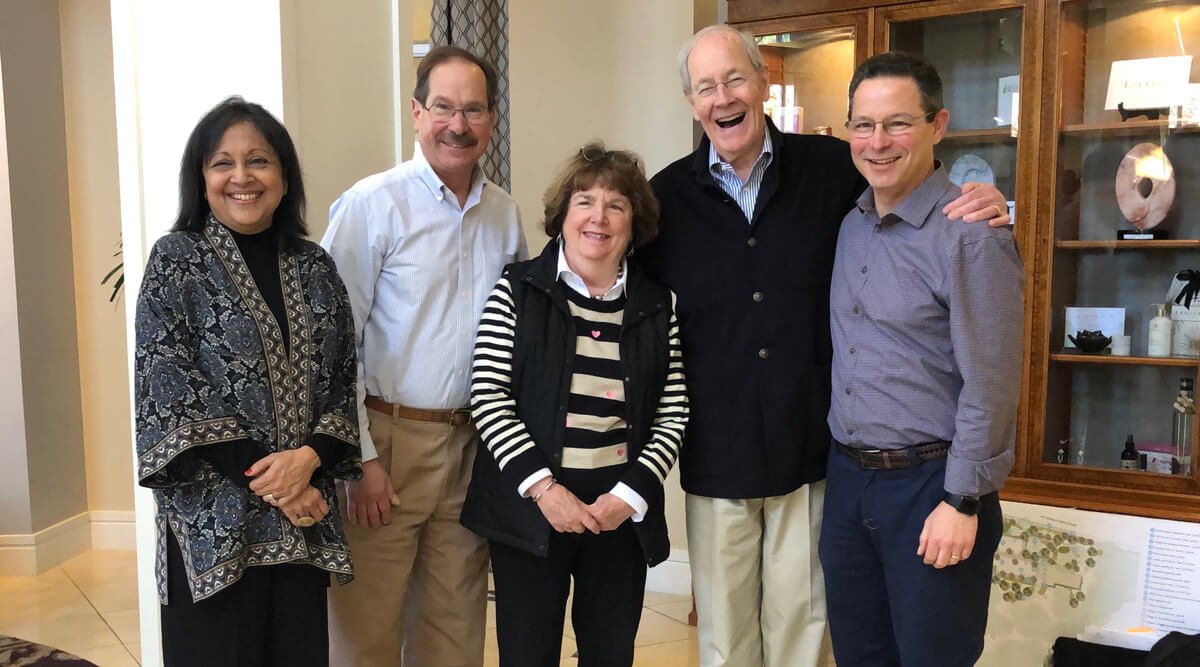