We invite everyone! Politicos, non-profits, school representatives, business leaders, community leaders, Rotarians, our Chamber members, etc. to all come together to share in a breakfast and enjoy our special speaker.

Doors open at 7am with coffee, 7:15am buffet, 7:30am program, ends by 8:30am. A traditional egg breakfast will be provided by Sunrise Bistro Catering. Breakfast buffet includes scrambled eggs, bacon, sausage, breakfast potatoes, fruit, and pastries. Gluten free option includes organic plain low-fat yogurt, berry compote, and sunrise granola. Coffee and tea will be served along with orange juice. 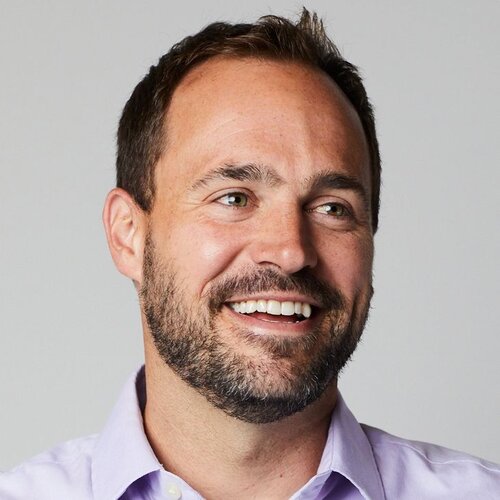 Our speaker will be Chris Helfrich, a social entrepreneur and nonprofit leader committed to finding innovative solutions to community-based issues and problems.  Currently, Chris is President and CEO of Stephen and Ayesha Curry's Eat. Learn. Play. Foundation, which he helped launch in July 2019.

With a mission to unleash the potential of every child, Eat. Learn. Play. is committed to improving the lives of kids and families in Oakland, the Bay Area and across the country. The organization supports children by fighting to end childhood hunger, ensuring students have access to a quality education and providing safe places for children to play and be active. To-date, Chris has expanded the foundation to include over 30+ community partnerships including Kaiser Permanente, Workday, Salesforce, World Central Kitchen and the Alameda County Community Food Bank. Additionally, he has played an instrumental role in facilitating the delivery of over 25 million meals to Oakland students and families struggling with food insecurity during the COVID-19 pandemic.

Prior to this, Chris served as CEO of the Starlight Children’s Foundation, the nation’s leading organization working to transform the hospital experience for millions of seriously and terminally ill children across the U.S. In this role, Chris oversaw the creation of two major, innovative programs which fueled Starlight’s success. First, Starlight Gowns, an effort to revolutionize children’s hospital gowns by replacing ugly, uncomfortable and embarrassing gowns with ones that are soft, comfortable, and a source of joy for the kids who wear them. Lucasfilm, Marvel, Major League Baseball and Disney are among the brands that have featured their iconic designs on almost 500,000 gowns that have been distributed to hospitalized kids since the beginning of 2017. Chris also spearheaded the creation of Starlight Virtual Reality, a groundbreaking new program built in collaboration with Google that brings the magic of virtual reality to hundreds of children’s hospitals across the country. The inspiring program makes it possible for kids to be virtually teleported out of the hospital to almost anywhere in the world – or beyond – they dream to go. Chris made a significant impact in his time as CEO with a nearly 400% growth in fundraising and program spending for the foundation.

Before joining Starlight, Chris worked for the United Nation Foundation, where he spent over five years leading Nothing But Nets, the world’s largest global, grassroots campaign to defeat malaria. During his tenure, the campaign delivered more than five million life-saving bed nets and other malaria interventions to families across 30 sub-Saharan African countries, and served as a leading global health advocate on Capitol Hill, reducing global malaria deaths by 60%. While leading Nothing But Nets, Chris recruited Stephen Curry to become an ambassador for the campaign, and the two traveled together to refugee camps in Tanzania in 2013 and the White House in 2014 in support of the fight to defeat malaria.

Chris is a graduate of Trinity University where he was named Young Alumnus of the Year in 2018. He is a member of the Board of Directors for Starlight Children’s Foundation and the Leadership Council for Classy. He currently resides in Lafayette with his wife, Kate, and three children.

Please note: all or parts of this event may be videotaped/recorded.

Registration is required for the Community Thanksgiving Breakfast as NO TICKETS WILL BE SOLD AT THE DOOR. Registration is now closed. To be put on the waitlist, please call (925) 284-7404 by 3:30pm Wedn., Nov. 16.

This is an indoor event, maximum 150 people.

END_OF_DOCUMENT_TOKEN_TO_BE_REPLACED

Call for Nominations: 2023 Business Person of the Year

END_OF_DOCUMENT_TOKEN_TO_BE_REPLACED

Board of Directors Update

It's a Wonderful Life in Lafayette